During the month of October the second graders were busy learning about the presidential election.  On November 3 the first and second graders held their own election. They had to vote on their favorite snack.  The snacks that appeared on the ballot were Twizzlers, Oreos, and Goldfish Crackers. On the evening of Election Day, the votes were counted and Oreos were declared the winner!  The following day, the students enjoyed Oreos as a snack and also as a lesson that no matter who or what wins we must accept the chosen winner. 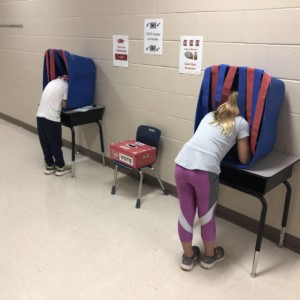 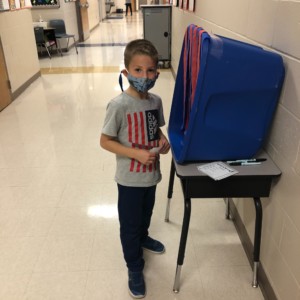